The Poppy Project on Remembrance Day 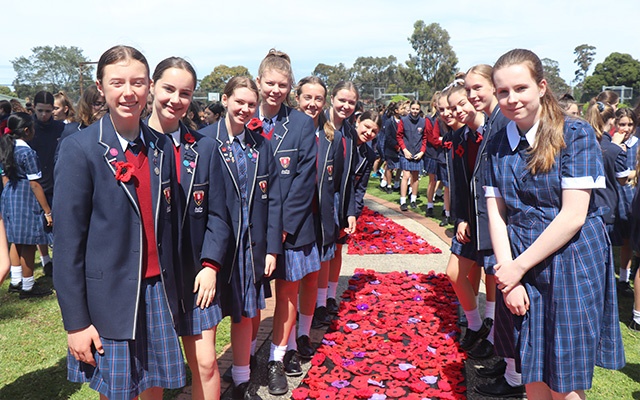 After many months, the Poppy Project, launched and led by Year 9 student Madison bloomed into a poignant and powerful symbol of respect at the Avila College Remembrance Day service. Students, staff and members of the extended Avila community and parishes carefully made 3,303 red and purple poppies for the project which were then attached to mats and presented as part of the service which included the Last Post played on the bugle.

Thank you to everyone who was involved in the service and the Poppy Project. 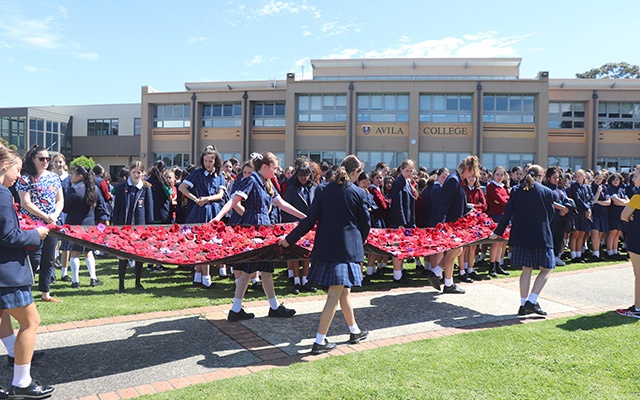 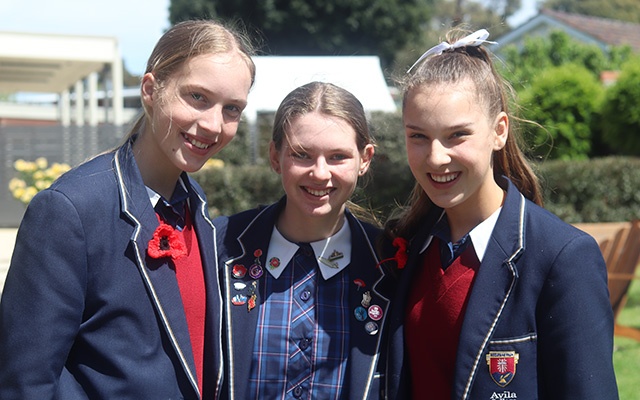