Founded in 1965, Avila College has a proud tradition of educating girls, fostering intellectual curiosity and empowering students to achieve their own personal best.

Inspired by the spirituality, devotion and mysticism of St Teresa of Avila, the first female Doctor of the Church, the College was named in her honour. The Presentation Sisters of 1965 brought to life the legacy of Nano Nagle, shining a light on education for girls in a contemporary world.

“The Presentation Sisters teaching at Avila were nuns at the cutting edge of education; they were the original Women’s Libbers who instilled in the girls the concept of ‘You can do anything’.” – Vivienne Hughes, 1969 College Co-Captain

In 1969, the first matriculation class of 13 students graduated. From an initial enrolment of just 110 students and two full time staff, Avila College has grown tenfold since the first classrooms were built in Charles Street. It is now one of the largest Catholic secondary schools for girls in Victoria with an enrolment of more than 1100 students.

The College initially operated from temporary classrooms in the grounds of St Leonard’s Catholic Primary School in Glen Waverley before moving to its present location in Charles Street, Mount Waverley at the start of 1966. Initially students were accommodated in portable classrooms. Construction of a single classroom block began and the grounds looked very much like farm paddocks.

Over the decades, the small site has evolved and expanded through continuous development, renewal and refurbishment into a modern, green and technology enabled school campus. 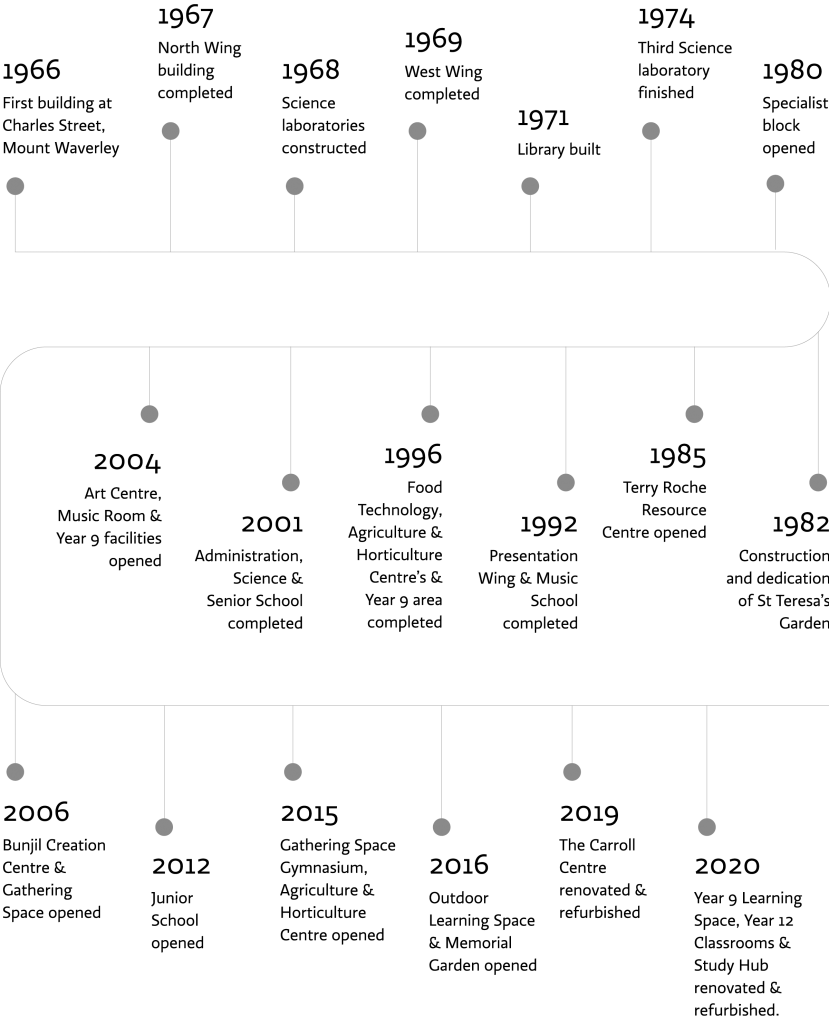