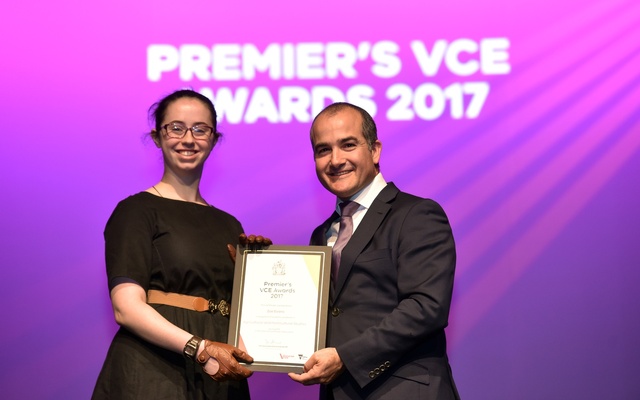 Congratulations to Amanda DiSilvestro (Class of 2016) and Zoe Evans (Class of 2017) who were recently presented with Premier’s VCE Awards for their outstanding academic results in 2016.

The annual Premier’s VCE Awards recognise the top performing students in the state, with more than 287 students presented with awards for outstanding results this year.

The entire Avila College community is proud of Amanda and Zoe, and would like to congratulate them both on being the recipients of such prestigious awards.

Amanda is studying Animation and Interactive Media Design at RMIT, while Zoe, who is currently in Year 12, is completing her VCE studies this year. 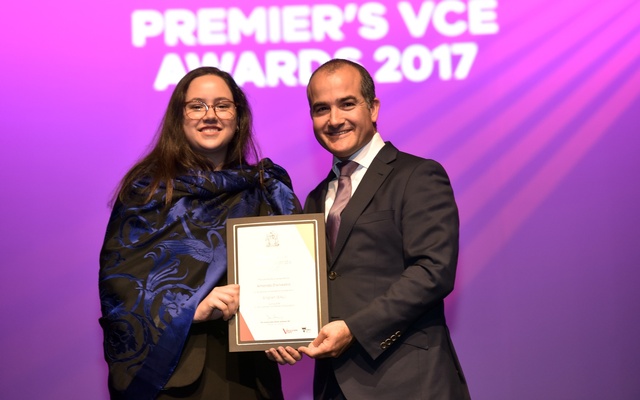